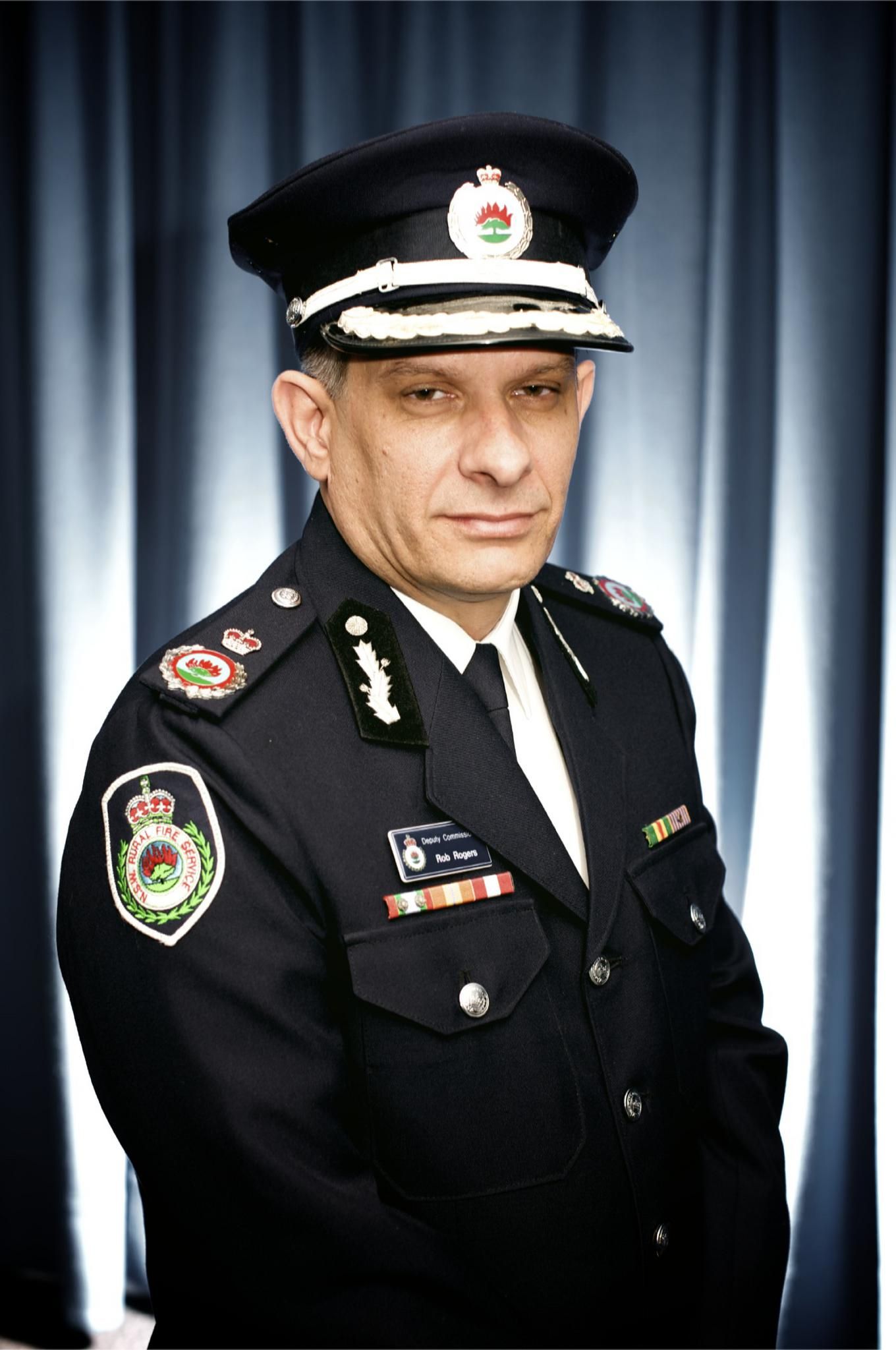 Deputy Commissioner Rob Rogers has been a member of the New South Wales Rural Fire Service since 1979. Commencing as a volunteer member with a Brigade in Northern Sydney, he has filled various roles in the brigade, district and state levels.

He has recently been involved in a number of significant local and national initiatives including:

›       Leadership of the National Fire Danger Rating review, which is considering a revised approach to fire danger ratings across Australia;

›       The enhancement of a state-wide Fire Behaviour Analysis capability for predicting the effects and impacts of bush fires; and

›       The development of a strategic network of fire trails across New South Wales, including implementation of new standards and construction processes.

Deputy Commissioner Rogers is a member of a number of Australasian Fire and Emergency Service Authorities Council groups and committees and is a member of the National Bush Fire Arson Taskforce.

In 2004 was awarded the Australian Fire Service Medal.